In my introductory blog, I included beautiful centuries old rock art of a kangaroo from the Kimberleys, painted by an indigenous artist.

In this blog, I'd like to introduce what is understood to be the first sketch of a kangaroo by a European, drawn by Sydney Parkinson, during Captain James Cook's first visit to Australia in 1770. Cook had chosen the HMB Endeavour not for its speed or ability to sail close to the wind, but for it shallow draught (the ship's keel was not far below the waterline) and storage capacity. This meant if couldn't sail close to the wind, and was slow and unwieldy 1.

On 10 June 1770, after Cook had left Botany Bay, and was making his way back along the eastern seaboard of Australia to return to England, the Endeavour struck a coral reef (along the Great Barrier Reef in Queensland - about 13 miles off the coast between Cooktown and Cairns), and started taking in water.

There was no warning. Imagine Cook racing onto the deck in his underwear to order his men to take in the sails to prevent the wind driving the ship further onto the coral.

But, as each wave broke, it would pick the ship up and slam it down again and it seemed as if the ship would sink.

It was a clear night and there was just light enough for the sailors to see pieces of the hull floating free.

Desperate to lighten the ship, the crew heaved nearly 48 tonnes of material over the side, including ballast, six cannons, casks, ruined stores and drinking water.

Twenty-three hours later, at the next high tide, the Endeavour pulled free, but the leak at the bottom of the hull grew dramatically worse.

Cook wrote "This was an alarming and I may say terrible, circumstance and threatend immidiate destruction to us as soon as the Ship was afloat".

Once off the reef, the crew retrieved the anchors and the Endeavour finally made her way to what became known as Endeavour River in Queensland. (Incredibly, it was a large piece of coral wedged in the hole that enabled the ship to reach the river estuary.)

Six weeks were spent repairing the ship and their stay in that harbour was to be their longest onshore stay for the entire voyage.

And it was during this time that Botanist's Joseph Banks' paid companion, natural history and topographical painter, Sydney Parkinson, had the opportunity to add to his significant body of artistic work.

Sydney Parkinson (1745?-1771), was born in Edinburgh. Although he was apprenticed to a wool draper, he chose to develop his talent for drawing 'flowers, fruits, and other objects of natural history’. There is no direct evidence that he received any formal art training.

About 1767 he went to London where he was employed continuously for Banks until they embarked on the Endeavour in August 1768.

Parkinson was responsible, apart from charts, for most of the visual documentation associated with the voyage.

Included in his work from their time at Endeavour river are two small drawings of a kangaroo. As you can see, they are unfinished sketches. Unfortunately Parkinson didn't have the opportunity to use these sketches as the basis for later paintings.

Nonetheless, you can see how well he captured the image of this animal that was totally unfamiliar at that time.

Parkinson was also the first European artist to set foot on Australian soil, to draw an authentic Australian landscape, to draw eucalypts, and to portray Aboriginals from direct observation. He produced many of the paintings which were later included in Banks' Florilegium: botanical prints. During the voyage, he made upwards of 1300 sketches, drawings and paintings - including 955 of flora and 377 of fauna.

In early parts of the voyage Parkinson was able to keep up with the pace of discoveries, finishing his coloured sketches, but later, overwhelmed by new specimens, he could only sketch and partially colour-in significant portions of each plant portrait, just enough to give an overall scientifically significant view of the plant specimen before it wilted and lost its colour. 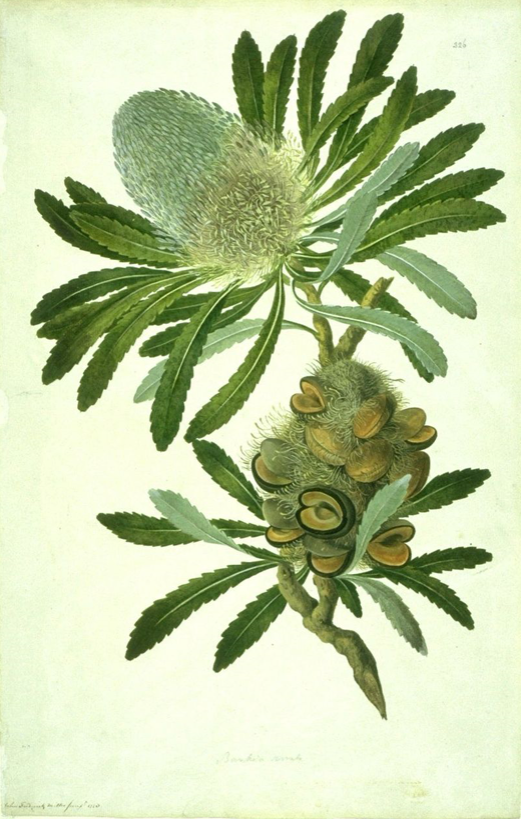 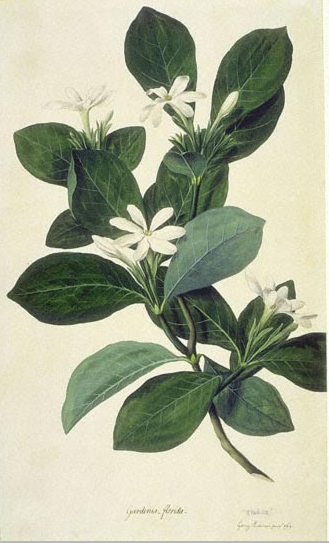 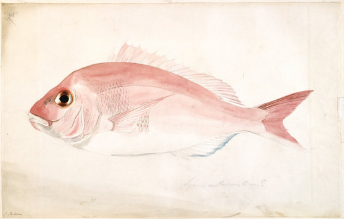 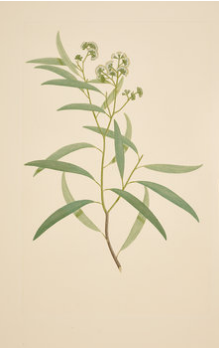 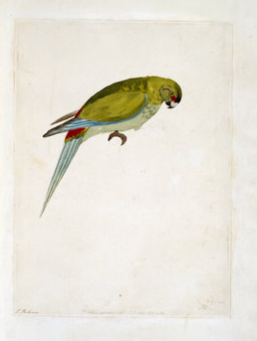 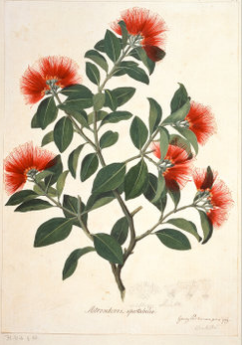 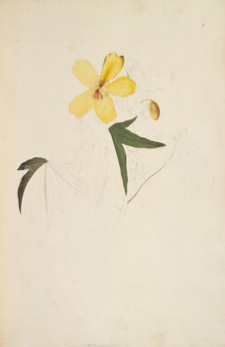 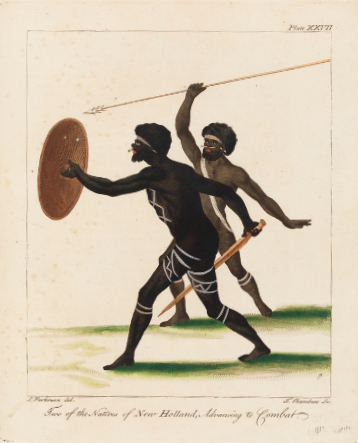 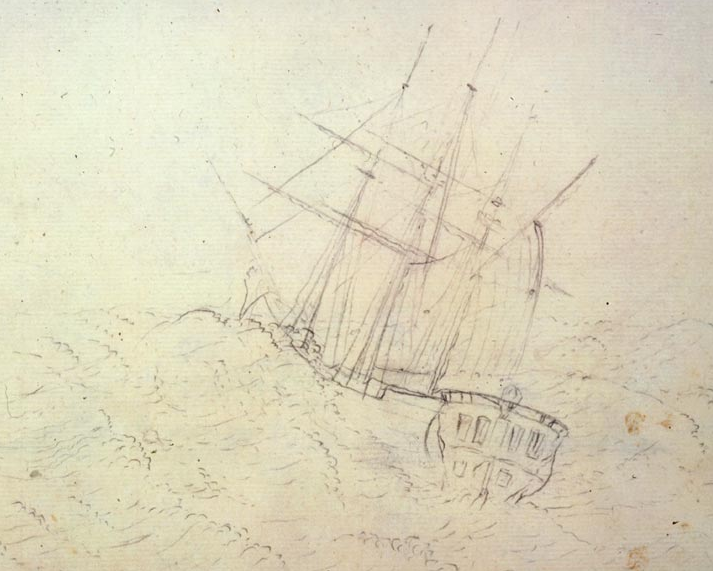 Unfortunately, like many other crewmen on the ship, he contracted dysentery after the Endeavour visited Batavia in the Dutch East Indies for major repairs to the ship, and died during the trip home, at the age of only 26.

According to his brother, Parkinson was gentle, able and conscientious, noted for 'his singular simplicity of conduct, his sincere regard for truth [and] his ardent thirst after knowledge'. His contribution to Australia's early art history, and recording of flora and fauna, is immense.

On his return to England, Joseph Banks commissioned George Stubbs to paint the kangaroo. It was initially recorded that Parkinson's drawings contributed to this painting, but it appears that Stubbs didn't have access to them and the painting was based on the remains of a kangaroo that had been taken back to England. Several later engravings were based on Stubbs' work. Of course, since then there have been many, many paintings of Australia's kangaroo. 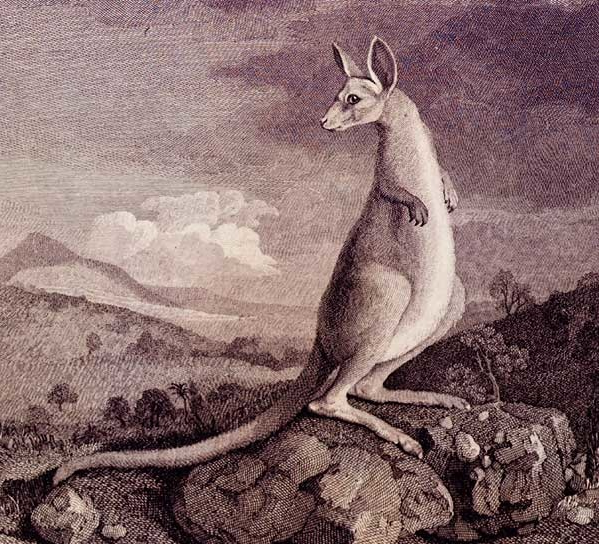 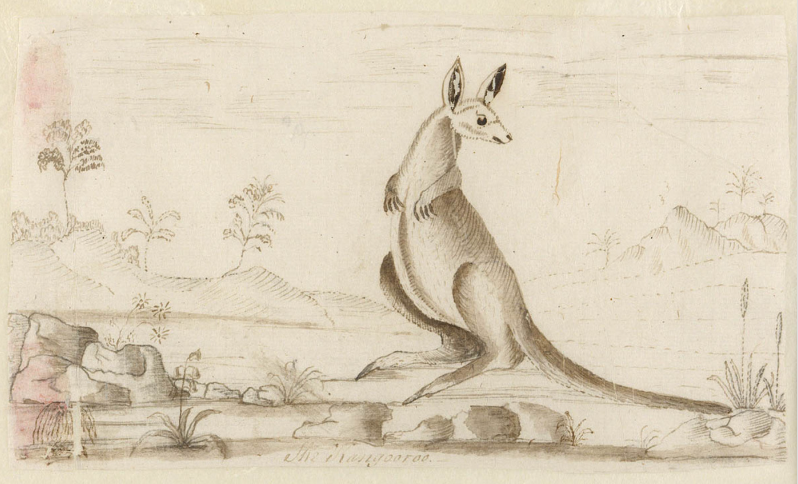 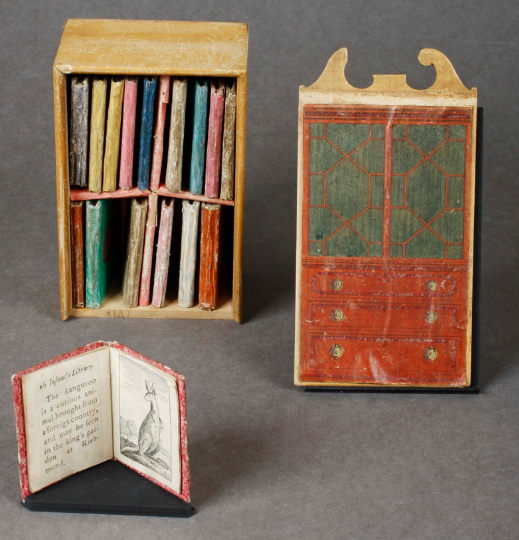 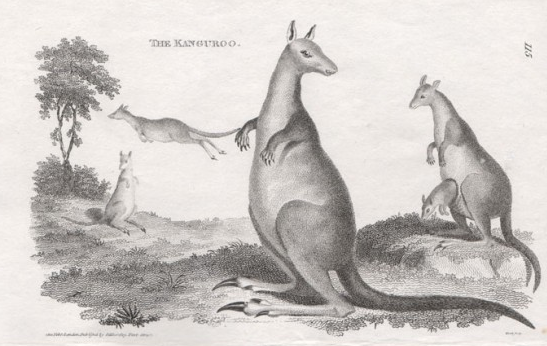 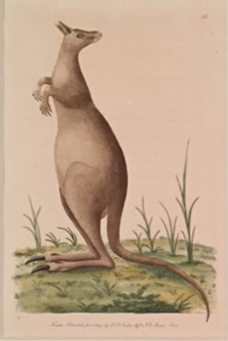 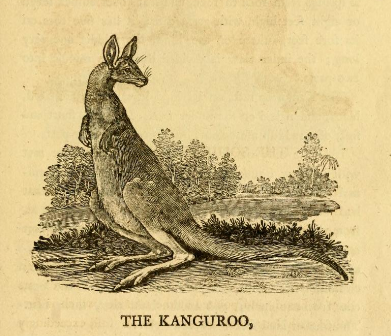 National Library of Australia, Cook's Endeavour Journal, the inside story, 2008

More about early explorers and their artwork in my next blog